Sprouted Grains: a fantastic ingredient to boost your bakery range!

Grains and seeds have always been an important part of our diet, providing us both with energy and many nutrients, such as fibre, protein, vitamins and minerals. As people are learning more about the food they consume, they also care more about their health and see food as a way to stay on top at all times. Sprouted grains fit perfectly within the consumers’ quest for healthier products.

To discover the TOP 4 things you need to know about Sprouted grains, keep reading!

1. Where are they coming from

Sprouting is the natural process that occurs when a grain transforms into a plant, and has been used since ancient times to enhance the nutritional value of grains.

According to legend, over 5000 years ago, Chinese doctors prescribed sprouted grains as a remedy to cure many health issues. Sailors would eat spouted grains during long trips at sea to help prevent scurvy, a disease caused by a lack of vitamin C in the diet.

Since 2000 however, consumers have become increasingly interested in the potential nutritional properties of sprouted grains. In response, food manufacturers have launched a number of products containing sprouted grains.

Today, sprouting grains is a well-controlled process, producing safe and healthy grains, with a rich nutrient content. First, the grains are soaked in water. By playing with humidity and temperature, the sprouting process is started - the grain begins to grow and take up water! The sprouting process is then stopped resulting in delicious, juicy sprouted grains! 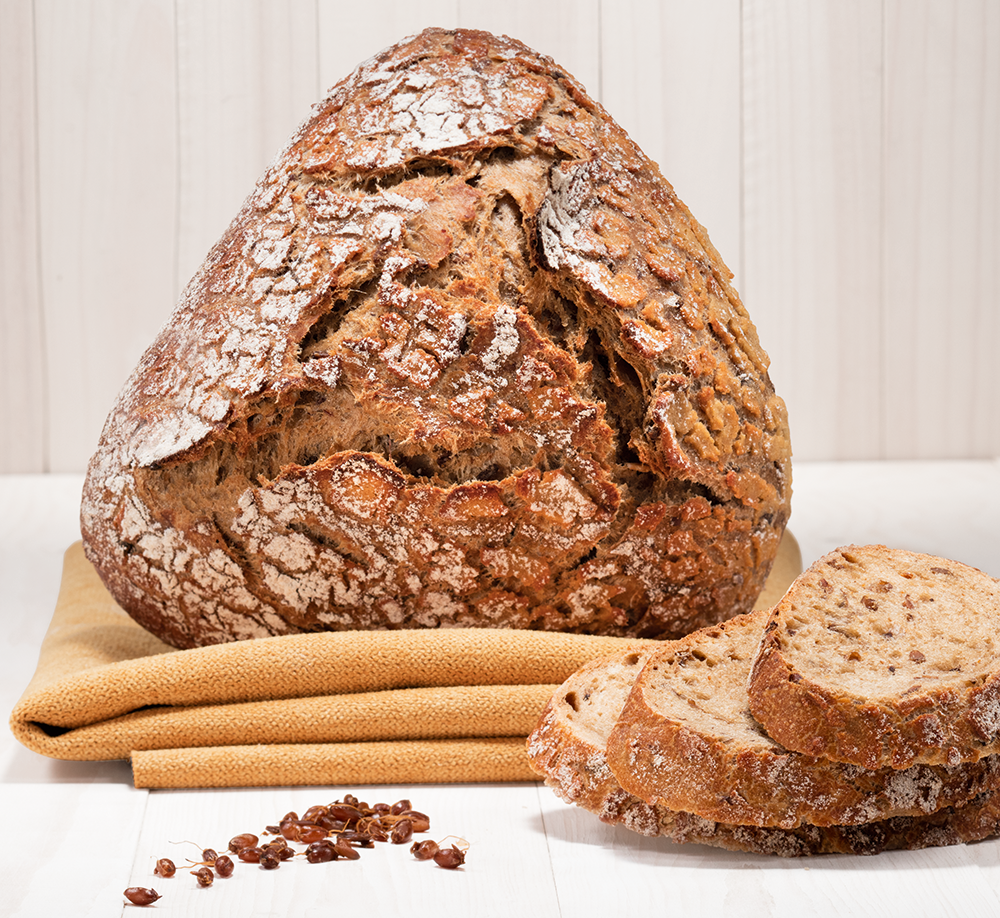 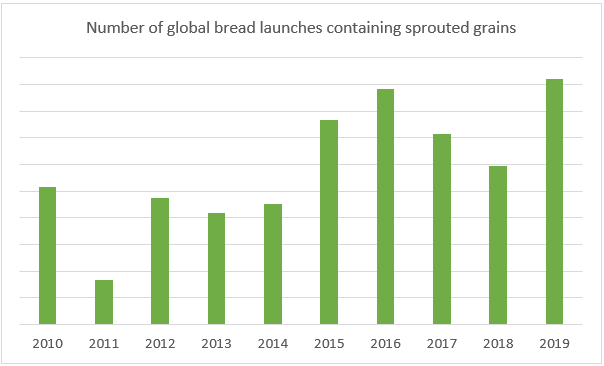 2. Why they are the new grain to watch

People today are more knowledgeable about food than ever before. They care about their health and see food as a way to stay on top at all times. According to our 2019 Taste Tomorrow survey, 60% of consumers believe that adding healthy ingredients such as wholegrain to food makes it healthier. 30% even look for grains on the ingredient list! Manufacturers should therefore highlight these power ingredients; grains and seeds, fibre, wholegrains, nuts, vegetables, cocoa or superfruit in their products.

Sprouted grains are in line with today’s consumers expectations: they are perceived as natural, nutritious and healthy and benefit from a positive perception of coming directly from the earth.

A large-scale consumer study (N > 24,500) conducted from 2015 to 2017 by Canadean (now GlobalData), demonstrated the positive image of sprouted grains. Consumers were asked if they think sprouted grains have a positive impact on their health, and 70% of the participants responded that they did! Thanks to growing media coverage, Sprouted Grains have a “healthy halo” and benefit from the positive images associated with the grain giving life to a new plant.

In the following paragraphs, we will take a look at the many benefits of sprouted grains.

3. How they are your new ally for a healthy diet

a. Sprouted grains as wholegrains

One of the reasons sprouted grains are considered healthy, is that they can be classified as wholegrains(depending on country regulation). The American Association of Cereal Chemists International stated that sprouted grains which contain all parts of the grain (the original bran, germ, and endosperm), can be considered as wholegrain, so long as their kernel remains longer than the sprout growth, and the grain keeps its original nutritional composition. These grains should be labelled as sprouted or germinated wholegrains. It is also allowed by the European Union to claim that sprouted grains are a “source of fibres” or “rich in fibres”. 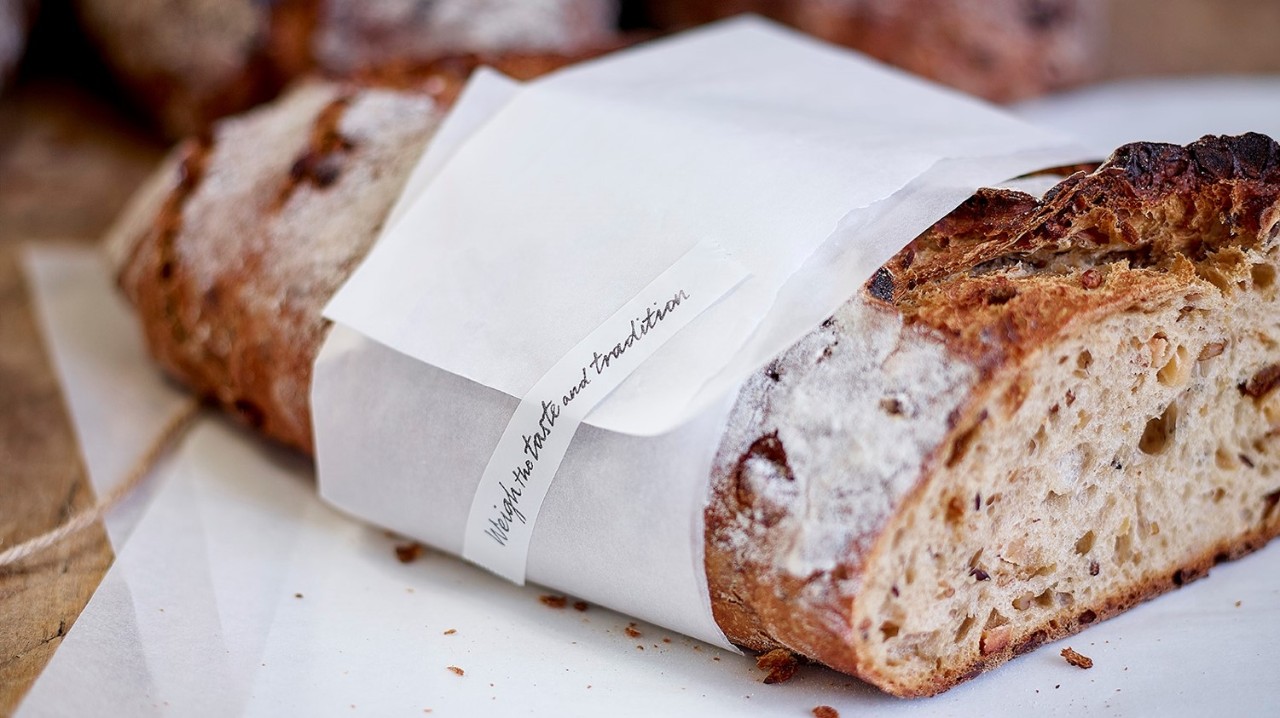 b. Nutrition and sprouted grains

It is generally believed that sprouted grains contain more vitamins and minerals than non-sprouted grains. Several studies report an increase in the levels of some vitamins and minerals with sprouting, depending on the type of grain and the process. When comparing these results with the reference intake values defined by European Regulation to describe nutritional claims, the results indicate that adding sprouted grains to bread enable to increase the fibre and micronutrient content in the final product.

As results depend on the type of grains and sprouting process it is difficult to make a claim an increase in vitamins or minerals. Nevertheless, other nutritional claims, such as “source of” or “rich in” are a great way to highlight the benefits of sprouted grains in products e.g. a multigrain bread developed by Puratos, containing over 10% sprouted grains can make a “source of copper, zinc, magnesium and phosphorus” claim.

It is widely believed that micronutrients are more bioavailable in sprouted grains than in non-sprouted grains. Wholegrains contain significant amounts of phytates, which can form complexes with minerals, making them unavailable for absorption by the body. By sprouting the grain, a part of these naturally occurring complexes are degraded. A number of clinical studies indicate that this degradation of the phytate – mineral complexes results in better absorption of the minerals by the body. Nevertheless, these results need to be further confirmed in order to be communicated to consumers.

4. What unique flavours they have to offer

As we have seen before, our 2019 Taste Tomorrow survey revealed that consumers are attracted to food that is both healthy and fresh. However, Taste is and remains the most important decision factor when buying bread. Sprouted grains are not only healthy, they are also delicious, which is an important element to highlight!

During the sprouting process, complex chains of nutrients are broken down into simpler elements, including sugars.. The process therefore adds a natural sweetness to sprouted grains and to the products which contain them. This also allows manufacturers to reduce added sugar in their recipes!

To make sure consumers actually preferred the taste of sprouted grains, and to support to launch of a new Puravita Sprouted Grains in Belgium, Puratos conducted a sensory analysis. This analysis was carried out in the Sensobus with 218 Belgian consumers in December 2018. The results were clear: 73% of them said that they found the sprouted grains seeds healthy and 68% said they were tasty. 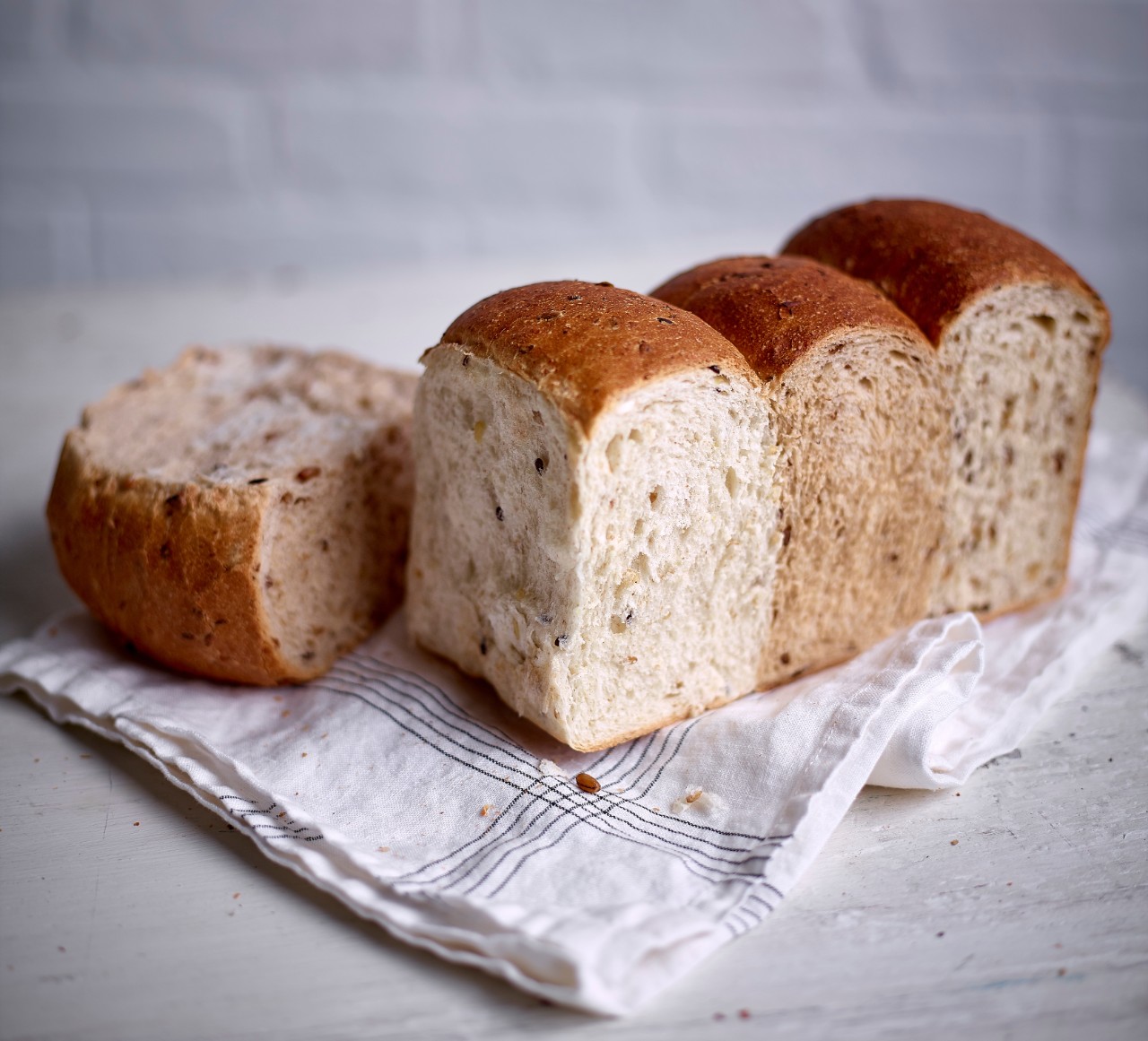 To fully understand the health benefits of sprouted grains, our in-house experts published a detailed study.

Save preferences Cancel and return